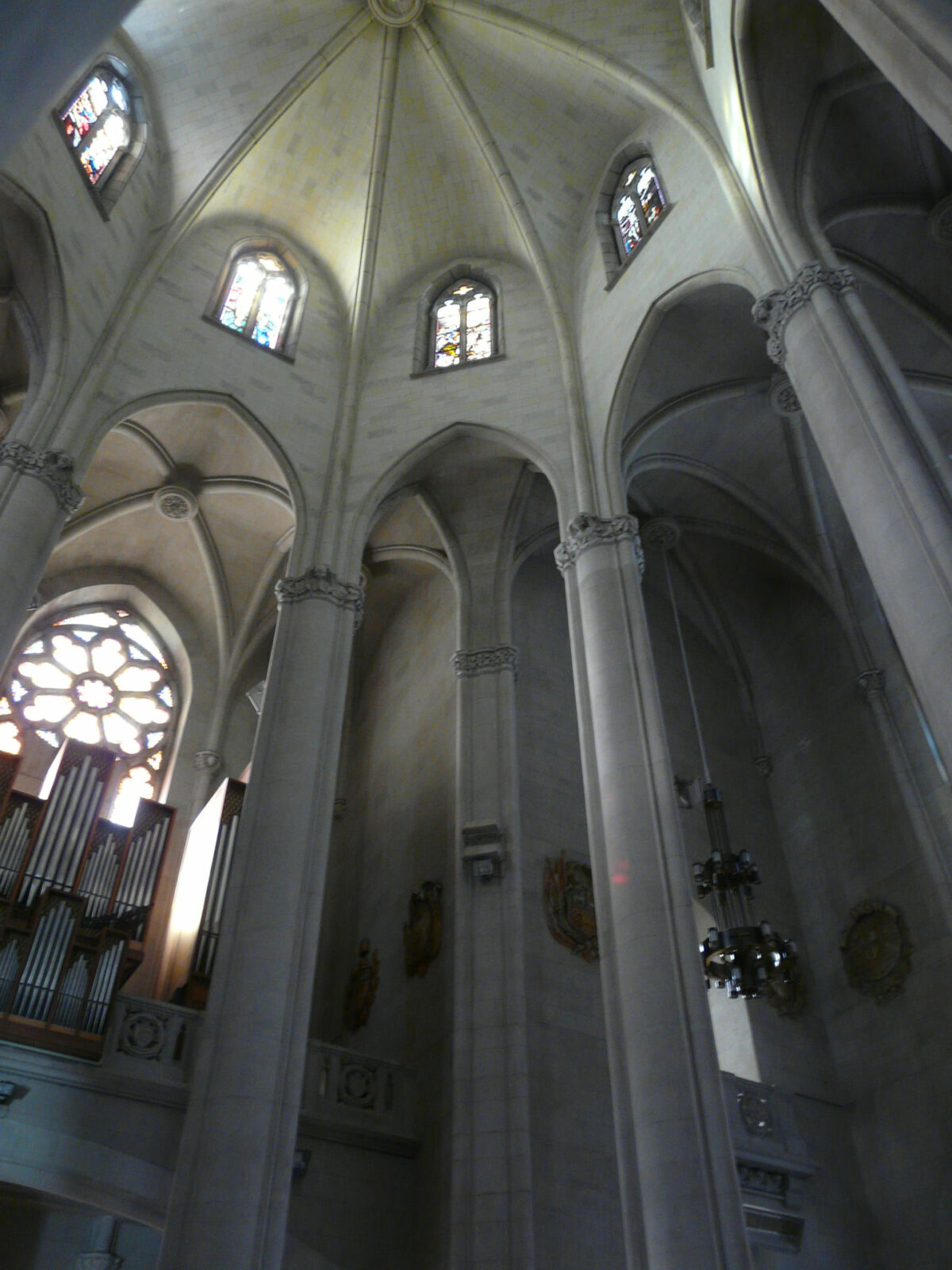 The pedal of 30 notes consists of three manual keyboards of 56 more notes. Every keyboard works like an independent organ, which can be connected to the others. This way the first keyboard called  Positive, consists of 8 stops; the second, called Great Organ, it consists of 10, and the third, called Recitative or Swell it consists of 8 stops. The keyboard of Pedal, distributed in two «towers» to every side of the great organ consists of 10 stops. It is provided, then, with a whole of 36 stops and an approximate whole of 2200 pipes. The transmission system is completely mechanical, and the sonorous esthetics, neobarroca. 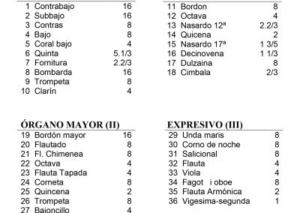